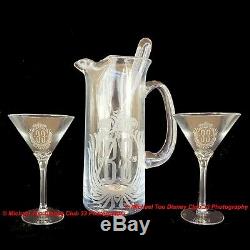 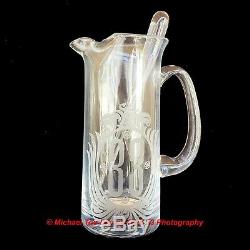 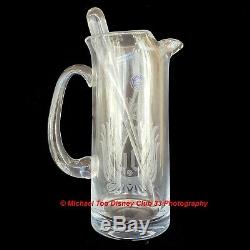 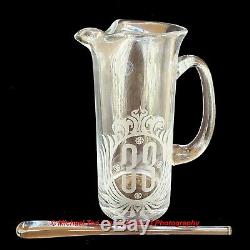 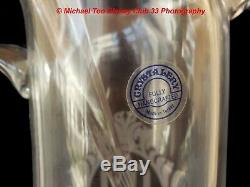 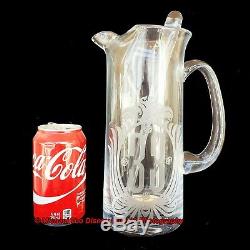 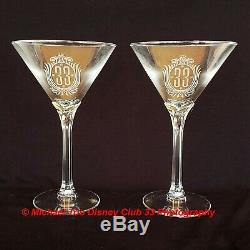 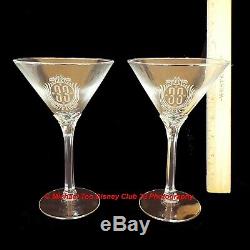 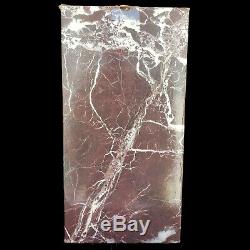 Disneyland Club 33 Cocktail Set: Mixer & 2 Glasses NEW IN BOX. Club 33 is a set of private, membership required restaurants / lounges located at the Disney Parks worldwide. The original, with design overseen by Walt Disney himself, is in the New Orleans Square section of Disneyland. Originally maintained as a secret feature of Disneyland, the existence of the club is now well known, with similar locations in Tokyo Disneyland, Shanghai Disneyland and Walt Disney World. Club 33 has licenses club-branded merchandise that is much sought after by collectors.

Up for sale is a Club 33 exclusive item: Club 33 Cocktail Set. Crystalery Martini Mixing Pitcher & Mixer and two Martini glasses. Etched with the CLASSIC Club 33 emblem. This Club 33 Cocktail Set is in NEW, UNUSED in the ORIGINAL BOX. All items come from a smoke-free, but not a pet-free, environment.